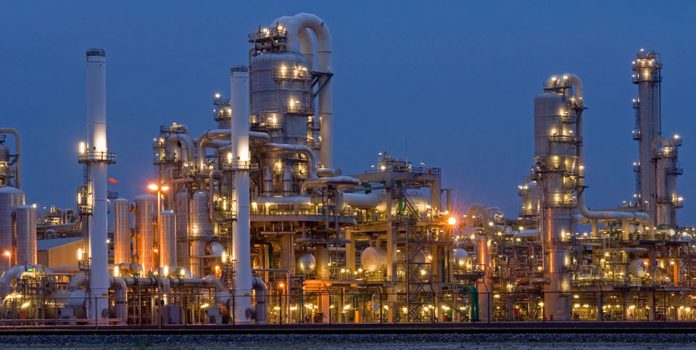 Almost a week after the Category Four hurricane smashed into the US Gulf Coast, officials and volunteers were still scrambling to reach victims of the unprecedented flooding which has left at least 33 people dead and caused tens of billions of dollars of damage.

Vice President Mike Pence flew into Texas accompanied by top cabinet officials to assess damage from the devastating storm and meet with victims, with the situation still dire in towns east of Houston such as Beaumont and Port Arthur.

As flooding began to ease in Houston itself, bringing some relief to its 2.3 million residents, a series of overnight explosions sent a plume of toxic smoke spewing from a flooded chemical plant in Crosby, a town of around 3,000 people some 25 miles (40 kilometers) northeast of the city.

Officials ordered residents living within 1.5 miles (three kilometers) of the facility to evacuate.

Brock Long, the head of the US Federal Emergency Management Agency (FEMA), said the plume of fumes was “incredibly dangerous.”

But the US Environmental Protection Agency said it was reviewing data from an aircraft that surveyed the scene and had no indication that dangerous amounts of toxic materials have been released.

“This information indicates that there are no concentrations of concern for toxic materials reported at this time,” it said.

Company officials sought to tamp down the threat, while saying they do expect more fires at the facility owned by the French company Arkema.

“We believe along with the local authorities that we’ve moved everyone out of harm’s way, and that no one is in danger based on the fire that we expect,” Richard Rennard, a senior Arkema executive, told a news conference.

The overnight fire was triggered after a container of organic peroxides could no longer be refrigerated due to flooding that cut off electricity and flooded emergency generators.

The chemical plant makes compounds with many commercial uses, including plastics, pharmaceuticals and construction materials – compounds that can combust if not cooled to the proper temperatures.

Rennard said eight other containers of organic peroxides were in danger of catching fire. “We fully expect that the other eight containers will do the same thing,” he said.

Rennard encouraged anyone who has been exposed to the smoke to seek medical advice, while stressing: “It’s not a chemical release that’s happening… What we have is a fire.”

The company said organic peroxides could cause eye, skin or respiratory irritation as well as nausea, drowsiness or dizziness, and urged nearby residents to turn off their air conditioners to avoid possible smoke exposure.

“The smoke is noxious. Toxicity is a relative thing,” Rennard said, declining to elaborate.

Fifteen sheriff’s deputies who responded to the fire were briefly hospitalized and later released.

Crosby resident Lane Averett, 59, told AFP at a church shelter in the town that he was worried about the animals he had left behind in the trailer where he lives with his wife.

“I had water in my house but I didn’t have to leave,” Averett said. “I had to leave because of the plant.”

“I got a dog and three cats, and a calf shut up in the trailer where they can’t get no water or feed or nothing,” he said. “So they need to get some water and feed today.”

East of the explosion site, rural areas of Texas were drenched as Harvey headed eastwards, with the city of Port Arthur especially hard hit.

FEMA Administrator Long said the water system was down in Beaumont, a city of some 120,000 people northeast of Port Arthur, and that the agency was working with the state and the military open water distribution points for those affected.

So far, parts of Texas have seen more than 50 inches (1.27 meters) of rain, while in Louisiana, the top total 18 inches was increasing.

“Conditions will be improving in many areas today,” said Jeff Linder, a meteorologist with the Harris County Flood Control District, which includes Houston. “Many areas will actually see the flooding go down.”

Officials expect the death toll to rise as the waters recede – although many of the people reported missing may simply have no phone or access to power.

More than 30,000 people found refuge in shelters across Texas, from the giant Houston convention center to small churches, according to FEMA.

In Houston, where Mayor Sylvester Turner issued a nighttime curfew to aid search efforts and thwart potential looting, the two major airports have reopened on a limited basis, signaling a slow return to normality.

At least a quarter of Harris County, which includes Houston and Crosby, is still under water.

In Texas, the storm damage is staggering – Enki Research put its “best estimate” at between $48 billion and $75 billion. At least one bridge crumbled, one levee had breached, and dams were at risk. Harvey also forced several major refineries across what is a major US oil industry hub to c