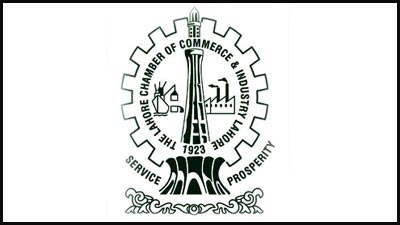 LAHORE: The Lahore Chamber of Commerce and Industry on Wednesday called for downward revision of property taxes, claiming that the existing rates are hindering business growth.

The LCCI raised the demand after it received complaints from its members against increase in property tax across Punjab.

`The industry located in rural areas is served tax notices with footage measurement by the Tehsil/Town Municipal Officers (TMOs). Wherever the industry is situated, it is considered an industrial area even if it is a rural area.

It must not be treated as in urban area,` read a statement issued by the LCCI.

`Such actions are bound to cause irreparable damage to the socio-economic structure which would ultimately hit the present regime,` the statement added.

The LCCI proposed that boththe provincial and federal governments should come out with a formula about the maximum and minimum percentage of one`s income and what the person or people should expect in return.

It said the government must initiate Public-Private Dialogue to resolve the issues of the business community.

Citing an example, the LCCI said that in Lahore, Davis and MM Alam Roads have been put in category-A. This is despite the fact that commercial value of property at M M Alam Road is much higher than at the Davis Road, the LCCI said.

`The excise department determines the property tax on the basis of rent charged at M M Alam Road while the rental value at Davis Road is one third.

Such discrepancies should be addressed to make the system more transparent,` read the statement.

The LCCI urged the government to resolve the issue of increase in property tax rates immediately.