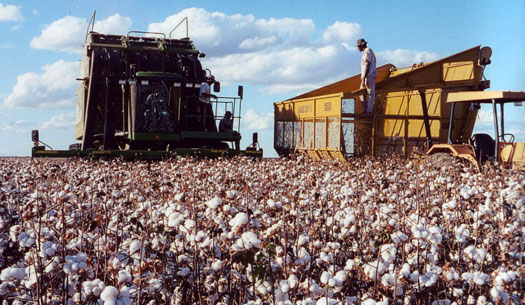 ISLAMABAD: The Cotton Crop Assessment Committee (CCAC) is likely to revise upward cotton production estimates to 12.9 million bales for the current season (2017-18) after good arrival of the crop was reported, it is learnt.

The CCAC in its first meeting held in August 2017 had revised cotton production estimates downward by over 12 percent to 12.6 million bales against the initial estimate of 14.04 million bales for the current season (2017-18) after missing the sowing target.

It was informed in the first meeting that cotton sowing target has been missed by a wide margin of 12 percent in the current crop season (2017-18), and as a result Pakistan would miss the production target set at 14.04 million bales by around 1.5 million bales. They said that due to uncertainty of cotton prices, increased sugarcane cultivation in the cotton areas and shortage of water decline in cotton sowing were registered.

Cotton Commissioner Dr Khalid Abdullah told Business Recorder that CCAC meeting is scheduled for Thursday (today) and due to good arrival, the production estimates will be either maintained or revise upward. He further said that though sowing target was missed yet out of the 24 percent of cotton area, taken over by other crops like sugar, maize, vegetables, etc, during the last five years, 16 percent has been recovered after hectic efforts.