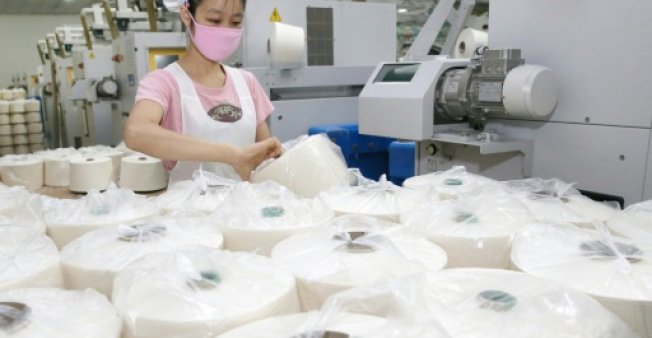 The producer price index (PPI) — an important barometer of the industrial sector which measures the cost of goods at the factory gate — rose 4.9 percent year-on-year in December, its lowest rate since November 2016, according to China’s National Bureau of Statistics (NBS).

This marked a sharp slowdown from the 5.8 percent year-on-year rise in November and 6.9 percent rise in October, but was slightly higher than the 4.8 percent increase forecast by a Bloomberg News survey of economists.

A further decline in the PPI — highly correlated with earnings growth among indebted industrial firms — would “push the People’s (central) Bank to ease monetary policy over the course of this year,” said Julian Evans-Pritchard, analyst at Capital Economics, in a note.

But David Qu of ANZ Research said he expected producer prices to hold up, since “China’s capacity reduction programme for steel and coal will likely be completed in 2018 and extended to other sectors.”

Meanwhile, the consumer price index (CPI) — a main gauge of retail inflation — rose 1.8 percent year-on-year, up from 1.7 percent in November and just below the Bloomberg forecast of 1.9 percent. Month-on-month, the CPI rose 0.3 percent, which the NBS’s Sheng attributed to the rising prices of fresh foods like fruit and eggs and energy such as gas and diesel during a period of cold weather.

“We expect food prices to continue to push up consumer price inflation during the coming months,” said Evans-Pritchard.

Moderate inflation can be a boon to consumption as it pushes buyers to act before prices go up, while falling prices encourage shoppers to delay purchases and companies to put off investment, both of which can hurt growth.

Raymond Yeung, chief greater China economist at Australia & New Zealand Banking Group, told Bloomberg News that he expected the PPI to rise by 4.8 percent in 2018, and for the CPI to pick up in January.

“Given the cold weather in the recent weeks, energy prices are supportive… China’s inflation outlook will pick up gradually,” he said.

The latter figure falls well within government targets, as Chinese policymakers said in March that they hoped to keep retail inflation for the year at around 3 percent. Food prices marked their first decline since 2003 in 2017, falling 1.4 percent.—AFP