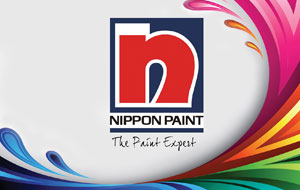 Nippon Paint Holdings Co. is shopping for large acquisitions, including in Europe, to expand outside Japan amid a global consolidation among the biggest coatings makers.

“While our expansion is centered on China and other Asian countries in line with our mid-term plan, we also aim to expand through M&A in Europe and the United States,” Nippon Paint President Tetsushi Tadoh said, according to Yukiko Mochida, a spokeswoman for the company. Tadoh’s comments were published earlier Tuesday in the Nikkei newspaper.

Tadoh’s confirmation that the Osaka-based paint maker is looking to grow through acquisition comes about a month after its offer for Axalta Coating Systems Ltd., the world’s largest maker of coatings for cars, failed to produce a deal. Philadelphia-based Axalta, with a market value of about $8 billion, said on Dec. 15 it hopes to be a major player in the industry’s consolidation and is open to mergers and acquisitions.

Nippon Paint had about 77 billion yen ($679 million) in net cash as of Sept. 30, according to data compiled by Bloomberg. Cash, equivalents and short-term investments stood at about 135 billion yen.

Talks on the Axalta acquisition ended without an agreement because Nippon Paint couldn’t clarify some terms of the deal by the deadline set by both companies, Tadoh said, according to Mochida. The U.S.-based coatings maker said at the time that Nippon Paint was unwilling to value Axalta highly enough.