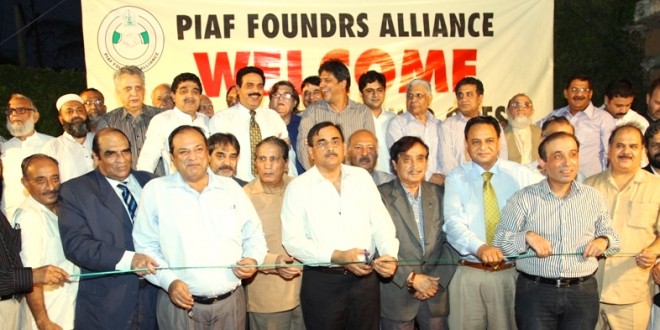 LAHORE –  The PIAF-Founder alliance has swept the first phase of Lahore Chamber of Commerce and Industry’s (LCCI) election as its all candidates of corporate class seats have been elected unopposed and no nomination papers were submitted by the rival group of Lahore Businessmen Front.

The group has also won the women seat unopposed in the election held for 2017-18.

The United Business Group (UBG), the ruling group of the Federation of Chambers of Commerce and Industry for the last three consecutive years, felicitated the all unopposed candidates of the LCCI on seats of Corporate Class.

While addressing the meeting, UBG chairman Iftikhar Ali Malik said the opposition could not field any candidate to match calibre of the Founder-PIAF alliance candidates which resulted in winning all corporate sector seats unopposed and this reflects the unflinching repose of confidence on the top leadership of the alliance comprising all seasoned former presidents of the chamber.

He hoped that the Founder-PIAF alliance will sweep the entire election as the alliance is enjoying the full support and confidence of the business community. He said the alliance has been winning the LCCI elections for the last 16 years and always upheld the glory of safeguarding the interests of the business community at national and provincial levels adding that he never compromised in his life over the welfare of the traders and highlighted their problems.

He said that founders’ candidates backed by the UBG are also winning elections unopposed in other regional chambers across the country as no one from the opposition camp have come forward to contest UBG backed candidates. PIAF-Founders Alliance Mian Anjum Nisar pledged to continue to raise voice for the solution of the problems being faced by the business community. He said that the alliance had fielded sector specialists as their candidates for the LCCI executive committee with the sole objective to forward solid proposals to the government for economic progress and prosperity. He hoped the business community would repose confidence in PIAF-Founders Alliance in Associate Class also in the larger interests of the economy of the country.

The newly-elected corporate class member Adeeb Iqbal Sheikh said that all major markets of the city had announced to support alliance in LCCI annual elections. He said that the alliance is moving in the right direction and sincerely working for the cause of the business community.