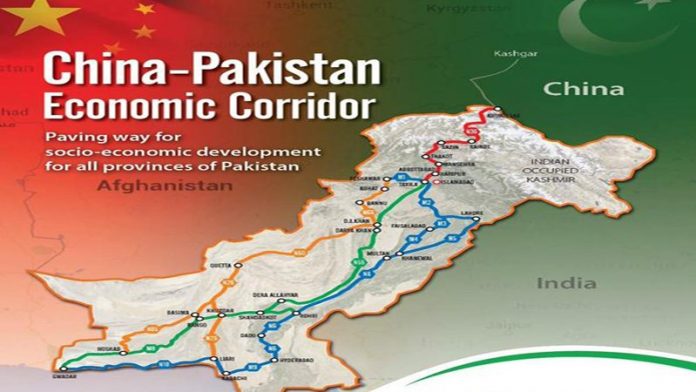 KARACHI: Foreign direct investment (FDI) in Pakistan continued to show encouraging growth, thanks to the Chinese government who had been continuously increasing its investment in Pakistan, in the backdrop of China-Pakistan Economic Corridor (CPEC). According to data released by the State Bank of Pakistan (SBP), the overall investment in the first three months of current fiscal year, July- September 2017, increased to $661.9 million from $423.3 million, an increase of 56.3 percent.

With a total investment of $414.2 million in the first three months, 3MFY18, China remained top of the foreign investors’ list in Pakistan, up from $138.9.7 million invested in the same period of the last fiscal year,FY17, the SBP report shows. The contribution of Malaysia in FDI was second biggest, to the tune of $110.9 million, far higher than the investment of $8.2 million made during the same period of last fiscal year. Other major contributors to the FDI were France with $28.5 million; UAE with $22.2 million; Japan with $20 million; Hungary with $22 million; United States with $22.8 million; and United Kingdom with $13.5 million, during the first three months of current fiscal year.

Investment hungry power sector continued to attract a major chunk of the investment which was evident from the inflows of foreign investment, which increased to $281 million from $215.2 million.

Pakistan with the help of China had been focusing on its energy projects to meet growing demand and end power load-shedding in the country. Under the CPEC, a number of coal based projects had been in progress, attracting $173.1 million investment so far, mainly from China. The other destinations of incoming capital in energy sector were thermal power with $31 million and Hydel power with $76.8 million. Total investment so far made in power sector increased to $281 million, the SBP data shows.

The other prominent sector to attract foreign investment was construction which received $129.3 million in 3MFY18.

During the last fiscal year, FY17, overall volume of investment was $2,410.9 million with China the single biggest investor, with a total investment of $1,240.3 million.

Government had been taking a number of steps to curtail growing imports, mainly to reduce the current account deficit and to cover up revenue shortfalls by imposing duties. Government’s action may
also increase FDI in Pakistan, experts believe.

The key imported items in the notification were: mobile phones, automobiles, furnace oil, ceiling fans, rubber for tyres, air conditioners, refrigerators and ceramics. Higher regulatory import duty on appliances including refrigerators and air conditioners would not have a significant impact on local appliance manufacturers as imports account for less
than 5% of local sales. Further, there was no change in major steel sector items.

It might be too early to assess the exact impact of the regulatory duty on Pakistan’s total imports but it is likely to have some meaningful impact. Initial estimates suggest that the above measure may help to curtail annual imports by around $2 billion, besides generating additional taxes.