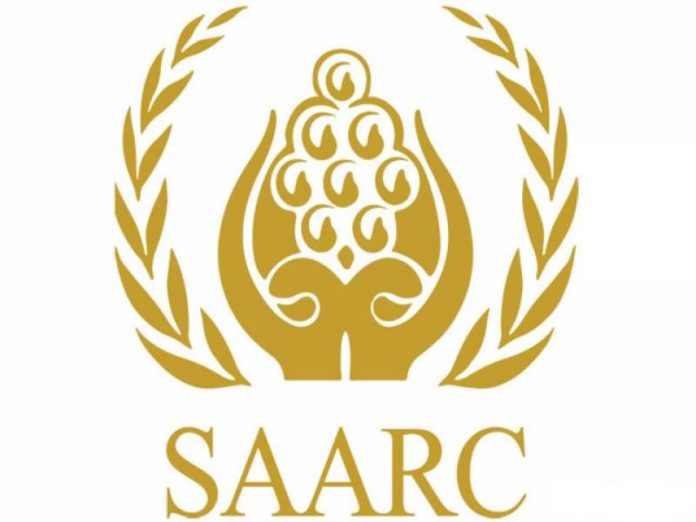 LAHORE: The SAARC Chamber of Commerce and Industry on Wednesday demanded revisit of SAARC Visa Exemption Stickers Scheme (SVES) to businessmen for promotion of intra trade among member countries.

This will offset abject poverty, accelerate the pace of progress, development, prosperity and welfare of the people of the region. These views were expressed by Iftikhar Ali Malik, vice president of SAARC Chamber in his special interaction with a delegation of 15-member visiting economic journalists from Bangladesh, Sri Lanka, Bhutan, Nepal, Maldives and Afghanistan.

Liberal SAARC visa policy for businessmen, substantial reduction in sensitive list, removal of para-tariff and non-tariff measures and exhibition of greater political will for swift execution of trade facilitation mechanism would ensure accelerated growth in intra-SAARC trade, he suggested.

The governments of South Asian countries need to adapt to the changes taking place around the globe, he said and identified the political mindset as one of the biggest barrier in promoting economic freedom in South Asia.

Malik gave statistical comparison establishing that the sluggish growth of intra regional trade was because of stringent policies. The private sector is willing to improve the low level of intra-SAARC trade provided the governments in South Asia act as true facilitators and withdraw over-regulations to ensure the free flow of goods and services and enhance mobility of the businessmen.

Malik stressed that politicians of either countries must work together with dedication to implement liberal policies in the region. Regional connectivity is essential for remodelling of policies in line with the current global economic address.

The efforts for promoting economic freedom in South Asian countries are scarce, he said, adding that the results are visible of higher poverty rate, poor human development index, and more dependence on foreign aid.

SAARC needs inward looking policies to promote intra-regional trends, which are more than 60 percent in the region and pre-disintegration of sub-continent, he added.

Under the previous visa policy a decade ago, businessmen of SAARC member countries were entitled to SAARC Sticker for five years, which later was curtailed to three years and gradually reduced to two years, one year and ultimately confines to three months with extremely cumbersome visa issuance procedure, which is regarded as detrimental to business promotion in South Asia.

He said: “It’s a reality and no one can ever deny that “we are neighbours of one another and must realise it seriously that we cannot live alone and share our expertise in various sectors for regional economic integration instead of adopting hostile attitude.” He also suggested member countries should work to change the region on the pattern of European Union (EU) bloc, which will definitely pave the way towards prosperity for the people.

Federation of Pakistan Chambers of Commerce and Industry (FPCCI) vice president and zonal chairman Manzoor ul Haq Malik invited all the visiting foreign economic journalists for another week-long visit to Punjab for having long duration interaction with the officer-bearers of the chambers of commerce across the province.

SAARC Chamber founder general secretary Rehmat Ullah Javed urged them to wield pen for creating goodwill gestures among the governments and people of member countries with a sole objective of economic prosperity in the region.