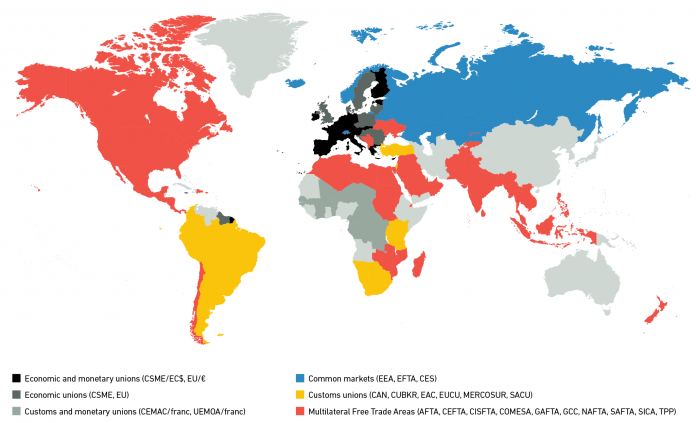 ISLAMABAD: The trade outlook for the Asia-Pacific region is positive for this year but some uncertainties are forecast for 2018, the United Nations Economic and Social Commission for Asia and the Pacific (ESCAP) said in its annual trade and investment report.

The report entitled, `Channelling Trade and Investment into Sustainable Development` emphasises that cutting tradecostsanddeepeningregionalcooperation are key to ensuring the beneEts of trade and investment can be shared across the region.

Such policy mix may result in $100 billion more exports for the region annually.

Export growth is forecast at 4.5 per cent for 2017 and foreign direct investment is also expected to rebound this year, building upon fast growth in green-field investment in 2016 and continued investment liberalisation, according to the report released on Monday.

Volume of exports by the Asia-Pacific region is expected to grow by 4.5pc and import growth may reach nearly 8pc.

Exports and imports by developing AsiaPacific countries are predicted to grow faster than those by developed countries in the region,reportsays.

Although the improved performance of global and regional trade during the recent period is promising, several factors may impact the recovery continuing into 2018.

Structuralfactors that have contributed to weak trade performance since the 20082009 global financial crisis persist.

The prospectofglobaland regionaltrade recovery will still be fragile for a few years ahead, and ESCAP anticipates that export volume of Asia-Pacific region in 2018 will grow more modestly than in 2017 at 3.5pc, while the import volume will increase byless than 3pc.

In addition, export and import prices, especially commodity prices, are also not likely to increase, and in fact, may trend downward due to the slowdown of investment and consumption precipitated by rising uncertainties. The sluggish prices will cause trade value in 2018 to grow much slower than in 2017.

Commercial services trade recovered modestly in 2016, with exports and imports growing by 0.1pc and 1.3pc, respectively.

This growth was driven by the `other commercial services` sector which grew by 1.7pc in 2016. Stronger recovery is expected in 2017 due to the growth improvement of major service sectors. The transport sector, which was contracted by 6.8pc in 2016, registered more than 3pc growth in the first quarter of 2017, promising a strong recovery in 2017. Tourist arrivals also increased 3.3pc in 2016 in the region, with further growth prospects for 2017.

Travel services and transport services accounted for 29pc and 19pc of all services exports from the region, respectively, in 2016. The region provides half of the world`s exported construction services and is increasing its share in insurance services, telecommunications, computer and information services, financial services and charges for the use of intellectual property.

One increasingly important trend in the region is the impact of digital trade relative to merchandise trade. Proliferation of Internet access means that some goods that were previously traded as merchandise goods, such as books and music, are now increasingly traded as services.

In 2016, foreign direct investment (FDI) inflows to the region contracted as a result of timid growth, low commodity prices, and economic uncertainty. While the primary and manufacturing sectors remain important in the region, the importance of the servicesindustryisincreasing.