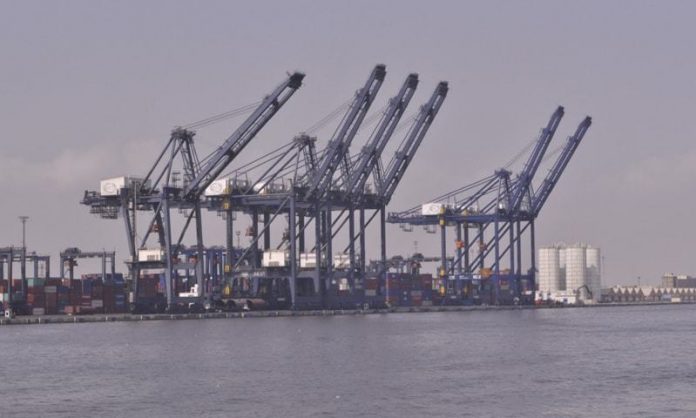 KARACHI: Federal Minister for Maritime Affairs Senator Mir Hasil Khan Bizenjo said on Saturday the government is enhancing the capacity of ports and developingthe relatedinfrastructure to facilitate the growing movement of containerised cargo.

Talking to Dawn in his camp office at Pakistan National Shipping Company (PNSC), the minister said the board of the Karachi Port Trust (KPT) has approved the construction of an elevated expressway that will connect the Pakistan Deep-Water Container Terminal (PDWCT), East Wharf and West Wharf to Northern Bypass.

A consultant has been hired to give a detailed report on the project early next year, he said. The tendering process will start af ter that, he added.

Senator Bizenjo said Asian Development Bank is ready to finance the elevated expressway, which is needed to avoid traffic congestion and prevent strikes that are often called by goods` transporters.

The elevated expressway will facilitate hassle-free movement of entire cargo and container traffic originating from the KPT and PDWCT, he added.

Similarly, a new oil terminal is being developed by the KPT to cater to the growing need for chemical as well as petroleum, oil and lubricant (POL) products.

Due to an insufficient storage capacity, vessels loaded with POL and chemicals have to suf fer long delays and huge financial losses, the minister said.

The minister was critical of the bureaucracy that, he said, often created bottlenecks and caused long delays in the execution of projects that were of national importance.PNSC has not purchased any ship in a long time, he said.

Quoting PNSC Chairman Arif Elahi, Senator Bizenjo said the reason was heavy taxes of up to 27 per cent on the induction and registration of new vessels.

However, the issue of heavy taxes has now been resolved after he took it up with Finance Minister Ishaq Dar. All taxes on the registration of new ships have now been removed, he said. In India, Dubai and Iran, taxes on ship registration are 5-7pc only,he added.

Senator Bizenjo said PNSC is now going to induct three new vessels, including two belonging to the Aframax category, by February next year.

The minister also spoke about the long delays that Iran-bound pilgrims routinely face in Quetta and Taftan because of security concerns.

In order to resolve this issue, a ferry policywas framedunder the guidance of former prime minister Nawaz Sharif. The policyallowed a ferry service from Pakistan to Iran, Dubai and Muscat. Similarly, another ferry service will be launched between Karachi and Gwadar for the general public.

The ferry service will be outsourced and the government will only be the licensing authority, he said. It will start as soon as the cabinet approval is received, he added.

The minister expressed concerns about rising pollution, noting that around 400 million gal-lons of untreated sewage is thrown into the sea every day. As a result, the entire costal area is stinking and damaging marine assets, including those of the Pakistan Navy that are worth billions of dollars.

Senator Bizenjo said foreign vessels may start refusing to call at the country`s ports if the situation goes unchecked. He urged the provincial government and the Ministry of Environment to look into the matter on an urgent basis.