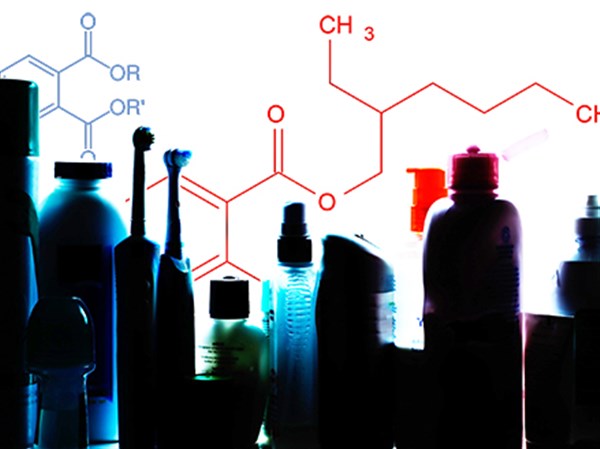 There’s new evidence that the chemicals known as phthalates in plastics and other products alter two key hormones and a molecule that mediates inflammation in the human placenta.

But it remains unclear what impact those alterations ultimately might have on the health and sexual development of the fetus.

A recent University of Pittsburgh study has confirmed a previous finding in pregnant women through experimental methods that found that phthalates (pronounced THA-lates — ph is silent) disrupt an important pregnancy hormone hCG — the human chorionic gonadotropin hormone — that’s necessary for proper masculinization and development of male genitalia in fetuses. In men, the shortened space between the anus and the genitals, called the anogenital distance, is related to lower sperm counts.

Now, the second of two companion studies — published recently in the journal Environmental Health Perspectives, with the previous study published in Environmental Health — shows that phthalate levels alter the synthesis of not only hCG but also the genes that make progesterone, another important pregnancy hormone, and prostaglandin, a molecule involved in mediating inflammation.

All three molecules are well understood as factors necessary to maintaining a normal pregnancy.

The study focused on the impact of phthalate levels — identical to those measured in the urine of pregnant women — on human placental cells. The placenta is a fetal organ attached to the uterus that nourishes and maintains the fetus.

The study’s lead author Jennifer J. Adibi of the University of Pittsburgh Graduate School of Public Health, said people now have “ubiquitous exposure” to phthalates, with 99 percent of women of child-bearing age having measurable exposure levels. Researchers continue working to determine what specific impacts, if any, those levels of chemical exposure have on fetuses and newborns.

“There’s been a lot of work on phthalates in pregnant women. Early on we saw interesting effects on placentas. Before we move on to other exposure, we are working to carry through with the full story,” she said.

Next, her research focus shifts to how changes in the hCG hormone, as pilot studies have shown, potentially can lead to disruptions in brain development during the first three years of life, as well as proper development of the baby’s genitals, language skills, cognition and behavior related to masculinization.

It isn’t automatic, however, that changes in placental hormones and other molecules translate into comparable changes in the fetus, given the fact the placenta can serve as a protective filter and barrier for the fetus, said Ms. Adibi, who holds a doctor of science degree from T.H. Chan Harvard School of Public Health.

The studies all began while Ms. Adibi was at the University of California San Francisco, but were completed at Pitt Public Health, where she’s now an assistant professor of epidemiology and obstetrics, gynecology and reproductive sciences.

“These findings provide evidence for the molecular basis by which phthalates may alter placental functions, and they provide a preliminary mechanistic hypothesis for opposite responses by sex,” the study concludes, showing the different impacts based on sex.

The CDC says “phthalate exposure is widespread in the U.S. population.”

The U.S. Environmental Protection Agency says that phthalate “has the potential to cause the following effects from lifetime exposure at levels above maximum contaminant levels [in water]: damage to liver and testes, reproductive effects and cancer. There are some restrictions for the use of phthalates in children’s toys and other products.

The U.S. Food and Drug Administration says it’s continuing to monitor research, but says it is “not clear what effect, if any, phthalates have on human health.”

“An expert panel convened from 1998 to 2000 by the National Toxicology Program, part of the National Institute of Environmental Health Sciences, concluded that reproductive risks from exposure to phthalates were minimal to negligible in most cases.”

However, a detectable amount of phthalate metabolites in urine “does not imply that the levels of one or more will cause an adverse health effect,” the CDC states, noting that research continues on exposure levels and potential health effects.