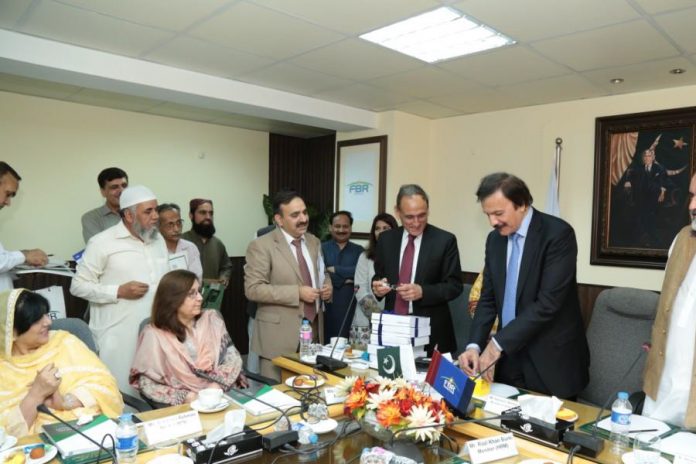 KARACHI: Federal Board of Revenue (FBR) has decided to punish over 250 officers including commissioners, additional commissioners, etc for their worst performance that left the board behind its revenue target during first half of current fiscal year.

The FBR, which had to maintain 19 percent growth to achieve its revenue target during first half of current fiscal year, was unable to attain not more than 17.5 percent growth during this period.

The board through its official statement admitted that the net revenue collection of over Rs1722 billion was made during first half of the current financial year as against Rs1466 billion collected during the same period of the previous fiscal year, depicting an increase of around 17.5 per cent over the revenue collected during the corresponding period of last fiscal year.

Replying to a question, sources said that FBR with the directives to submit the names of 12 officers from each unit had decided to punish over 250 officers including commissioners, additional commissioners, etc across the country.

Furthermore, the sources said that this action would not only raise disenchantment among the officers but also force them to squeeze the necks of taxpayers to meet third quarter revenue target showing no mercy.

Sources answered that if the board took punitive measures against its officers and stopped their performance allowance, these officers had no other option but to knock the court’s doors against what the sources said unjustified measure.

They said that although field formation put all-out efforts to maintain 17.5 per cent growth over the revenue collected during the corresponding period of last fiscal year, there were other economic facts – currency depreciation, snail-paced progress of Pakistan Stock Exchange, imports, petroleum, and banking sectors which restrained FBR from achieving 19 percent growth during first half of the current fiscal year.