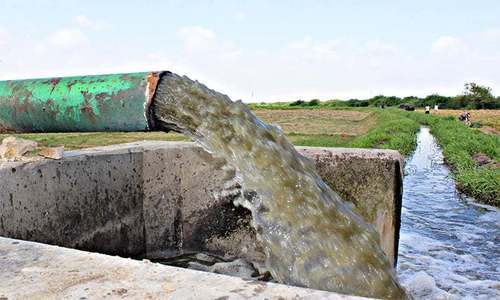 KARACHI: The delay in unveiling of a water plan for the city is causing unrest among builders and developers, the Federation of Pakistan Chambers of Commerce and Industry (FPCCI) said on Thursday.

In a statement, FPCCI President Ghazanfar Bilour urged Chief Minister Sindh Syed Murad Ali Shah to share the water plan at the earliest so that investments of more than Rs900 billion and thousands of jobs could be saved.

Construction of highrise buildings in Karachi was banned by the Supreme Court following a report by the Karachi Water and Sewerage Board (KWSB). The SC further directed chief minister Sindh to present a viable water plan for the city so that the ban imposed by the apexcourtcouldbe revisited.

Mr Bilour said the ban on construction of highrise buildings in the city is not only detrimental for builders and developers but also for more than 70 allied industries which are badly suffering.