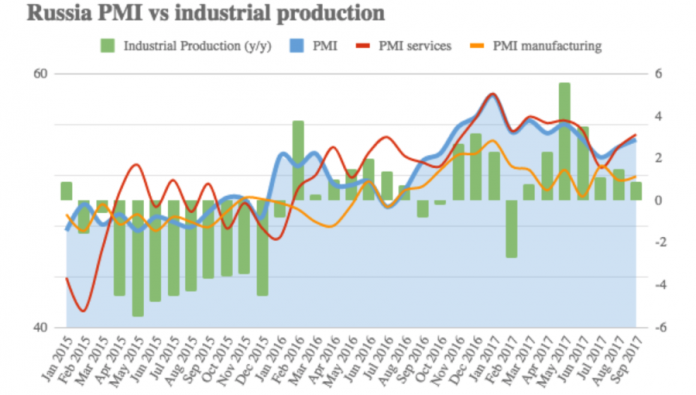 Russia polypropylene (PP) production grew to about 1.27m tonne in first eleven months of this year, up 2% year on year, compared to the same period of 2016, according to MRC ScanPlast.

The largest producer of PP in Russia, SIBUR Tobolsk, produced about 45,900 tonnes in November against 46,900 tonnes a month earlier. SIBUR Tobolsk’s PP production exceeded 463,900 tonnes in January-November 2017, up 12% year on year. Such a major increase in the output was caused by the absence of maintenance shutdowns this year.

Nizhnekamskneftekhim increased capacity utilisation in November, with total polypropylene production growing to 18,000 tonnes against 14,200 tonnes in October. The producer’s PP production in January-November decreased by 3% from last year’s level to 193,300 tonnes.

Poliom (GC Titan) produced 12,600 tonnes in Novemberagainst 13,400 tonnes in October. The decrease in production volumes was a result of to the shutdown for preventive maintenance and the work on capacity expansion. Total PP production at the plant over the reported period was about 187,000 tonnes, up 1% year on year.

Tomskneftekhim increased production volumes in November, and the final production of propylene polymers was 12,100 tonnes against 11,400 tonnes in October. Total PP production at Tomskneftekhim over the reported period reached 128,600 tonnes, compared with 117,700 tonnes year on year.

Neftekhimiya (Kapotnya) decreased capacity utilisation in October, total polypropylene production had decreased to 8,100 tonnes against 10,600 tonnes in October. The producer’s PP output in the eleven months of the year reached 94,900 tonnes, up 20% year on year. A low indicator of the current year was a result of a long scheduled maintenance works in March-April.

Stavrolen (LUKOIL) last month worked with a reduced capacity utilisation, the final figure for the production of propylene polymers was 7,300 tonnes against just over 1,000 tonnes in October (the producer in October worked only a few days due to a stop for long repairs) . Overall PP production at the plant reached 92,300 tonnes in January-November, down 11% year on year.

MRC, a partner of ICIS, produces polymers news and pricing reports from Russia,