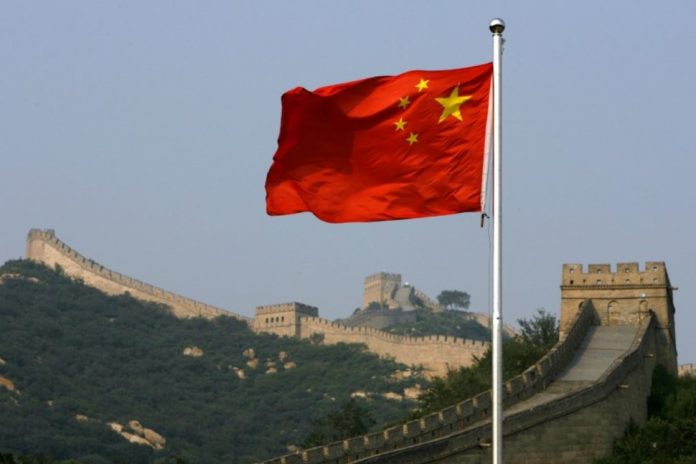 BEIJING: China will strive hard to achieve this year’s economic targets, the politburo, a top decision-making body of the ruling Communist Party said on Monday, according to state media.

China still faces many difficulties in fighting what the government has described as the “three tough battles” – the prevention of risks, poverty alleviation and pollution control – against an increasingly complex global economic and political backdrop, the Xinhua news agency said.

Citing a document released after a politburo meeting chaired by President Xi Jinping, Xinhua said China will maintain a proactive fiscal policy, and keep monetary policy prudent and neutral, all reiterations of past comments.

The 25-member politburo added that China will boost domestic demand to ensure the stability of the economy.

The would be good news for policymakers seeking room to crack down on financial risks and reduce corporate debt levels.

But soon after the data release, the central bank unexpectedly said it was cutting the amount of cash that banks must keep in reserves, raising concerns among investors about the risks to China’s economic growth outlook and whether Beijing is backsliding on its promise to reduce debts.

China has been fine-tuning its monetary policy, Wen Xinxiang, secretary-general of the monetary policy committee at the central bank, wrote in an official magazine on Monday.

Wen likened the approach to a process of irrigation where liquidity is managed “drip by drip” in a precise way as funds are being directed to weaker and ailing sectors in the economy.

“To serve the real economy is the vocation of the finance sector,” Wen wrote in China Finance, a magazine managed by the People’s Bank of China.

China will also step up efforts to make breakthroughs in key technologies to support emerging industries, and further lower corporate financing costs and reduce the tax burdens and fees for companies, according to Xinhua.—Reuters

WASHINGTON – The gathering of world finance ministers began with heightened anxiety about the potential damage a US-China trade war could do to the economic recovery but ended Saturday with a door open to negotiations.

International Monetary Fund chief Christine Lagarde, who has been urging countries to avoid damaging protectionism, said this weekend’s spring meeting had “made progress towards dialogue.”

And shortly after her comments, US Treasury Secretary Steven Mnuchin announced he was considering a trip to Beijing to hold talks on the trade dispute, a respite after weeks in which tensions had ratcheted ever higher.

China said on Sunday it welcomed the suggestion of a visit.

Tensions between the world’s two largest economies have cast a shadow over this week’s gathering of finance ministers, given concerns a trade war would undercut the global recovery.

President Donald Trump last month approved steep tariffs on tens of billions of dollars of Chinese imports, while Beijing has slapped duties on key US agricultural exports and has threatened to do likewise for the sensitive American soybean industry.

The heated trade rhetoric comes at a delicate moment, as Washington and Beijing are both seeking to address North Korea’s nuclear program — which Pyongyang said Saturday it would largely scale back. The IMF’s governing committee in a statement at the conclusion of the ministerial meeting highlighted the risks presented by “increasing trade and geopolitical tensions.”

Lagarde in recent weeks has repeatedly urged member countries to steer clear of protectionism and warned the uncertainty around trade disputes could choke off investment, a key drivers of the current recovery.

“My key concern…is to help in the process of resolving those issues before they escalate to a point where they would hamper growth and stability,” she told reporters at the conclusion of the meeting.

The IMF projects global growth of 3.9 percent this year and next but warns that the risks are tilted to the downside.

Mnuchin differed markedly from his counterparts, saying the risk to global growth was from unfair trade practices, rather than the trade tensions. But his announcement of a possible China trip could reduce the heat in the dispute.

While the timing of his visit to Beijing is unclear, and he did not provide details on the topics to be discussed, he said “a trip is under consideration.”

Among 18 bilateral meetings with his counterparts this week, Mnuchin said he had met with Yi Gang, governor of the People’s Bank of China.

The meeting with central bank chief Yi did not focus on trade, but Mnuchin said he remained “cautiously optimistic” about the issue.

“The discussions were really around the governor’s actions at the PBOC and certain actions they’ve announced in terms of opening their markets which we very much encourage and appreciate,” Mnuchin said.

In his statement to the International Monetary Fund, Yi also warned that “an escalation of trade frictions caused by unilateral actions” posed a risk to the global economic outlook and called on countries to use “rules-based” multilateral organizations to resolve differences.

But he said China was committed to a series of reforms similar to those called for by the United States, including lower tariffs and protections for American technology.

BRUSSELS – The EU and Mexico said Saturday they had reached an “agreement in principle” to modernise a free-trade deal sealed in 2000 between Brussels and the Latin American country.

“Our negotiators will now continue their work to resolve the remaining technical issues and finalise the full legal text so that our citizens and enterprises can start reaping its benefits as soon as possible,” said a statement co-signed by EU Trade Commissioner Cecilia Malmstrom, her agriculture counterpart Phil Hogan, and Mexico’s Economy Minister Ildefonso Guajardo Villarreal.

The agreement is seen as sending a strong signal to US President Donald Trump who last year launched renegotiations of what he has previously referred to as Mexico’s “cash cow” — the North American Free Trade Agreement (NAFTA).

The move has stoked tensions and uncertainty among signatories to the deal, which also include Canada.

The EU and Mexico said their agreement had been reached after “months of intense negotiations”.

“This will contribute to making our trade relationship fit to face the opportunities and challenges of the 21st century,” the statement said.

“The European Union and Mexico stand together for open, fair and rules-based trade.”

The parties did not reveal further details of the deal, or specify whether it needs to be approved by the European Parliament.

Negotiating teams had begun final discussions in Brussels on Monday, with the deal being modelled on a recently agreed trade deal between Canada and the EU.

Earlier this week, the EU said it was leading the defence of free trade in the face of US “protectionism” as it also unveiled plans to fast-track deals with Japan and Singapore.