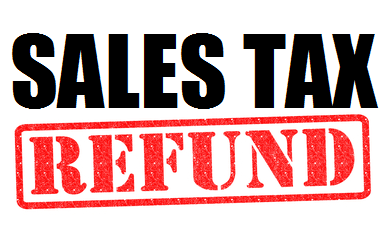 LAHORE: As the government is set to present the most controversial budget, the exporters have demanded payment of over Rs100 billion sales tax refunds to deal with liquidity crunch.

The fate of sales tax refunds is hanging in the balance since last many years, challenging the viability of export-oriented industries as the manufacturing units are falling out one after another due to the liquidity crunch. Interestingly, former finance minister Ishaq Dar has been offering a lollypop of paying refunds in his all budget speeches throughout the last five years.

So much so present Advisor to Prime Minister on Finance Miftah Ismail has also pledged three times in his short span of advisorship to pay refunds. However, sources said, the prime minister had flatly refused to honor the commitments of former finance minister as well as his advisor on finance in a meeting with exporters held in Islamabad last week. “The Prime Minister said his party would pay refunds after reassuming power in 2023,” said one exporter who was part of the meeting.

It may be noted one exporter burst into anger in front of the Governor Punjab, saying that the government pays minimal refunds before every Eid. “It has become Eedi for exporters,” he said while pointing out that he has advised his grandson that he should never ever be in export business in Pakistan.

Exporters lamented that the government was showing their refunds as a growth in its revenue. Since 2013, the government has been paying refunds in installments after a lapse of a year. Senator Dar had termed it a legacy of previous government and had dubbed it as a circular debt. But sources said all the claims which were filed and sanctioned prior to 2013 have been settled but the arrear stock of the refunds has tripled.

They criticised the government for treating refunds as a subsidy which actually is the return of tax which has already collected on zero-rated exports. According to them, the FBR organizes a distribution ceremony before the press, posing that as if it is extending a support or incentive to exporters.

It is also pertinent to point that the amount involved in refund constitutes roughly 15 percent of the value of exports in each case.

The margin of profit is hardly 3 to 4 percent, particularly in those cases where the orders are supplied well in time. Holding back such a huge amount creates liquidity crisis for the industry. It has a cascading effect as if the exporter cannot get refund he cannot make payment to the supplier of inputs. Resultantly, a medium exporter in the supply chain is left with no option but to close down his business due to lack of finances.

Pak-China FTA a source of frustration for business community: IWCCI