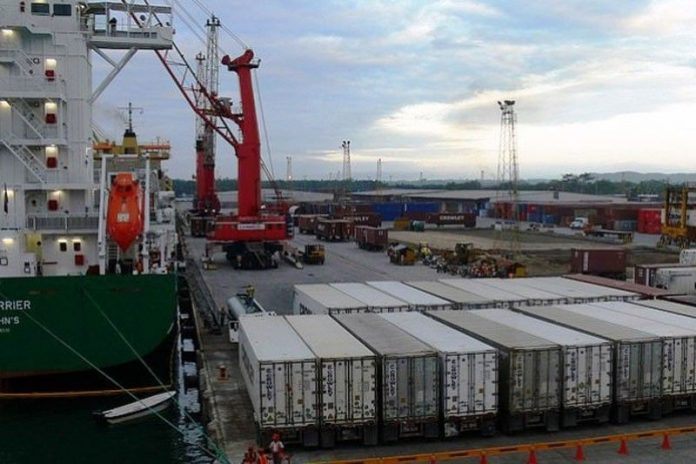 ISLAMABAD – Pakistan’s trade deficit is likely to swell to record $36 billion during current fiscal year (FY2018) due to massive increase in imports as compared to the exports.

Country’s imports are expected to reach $60 billion as against exports of $24 billion during ongoing financial year. Trade deficit of $36 billion would be highest ever trade deficit of the country, breaking previous year’s record of $32.6 billion. Trade deficit is increasing due to the massive growth in imports.

The trade deficit would be much higher than the government’s estimates. The Annual Planning Coordination Committee (APCC) early this week had estimated trade deficit at $28.6 billion. The government expects exports to go up to $24.5 billion while imports are targeted at $53.1 billion this fiscal year. However, the imports could increase sharply keeping in viewing the current trend. The country’s imports were recorded at $44.4 billion during first nine months (July to March) of the FY2018, which were 15.7 percent higher than the imports of the corresponding period of the last fiscal year. Meanwhile, exports were recorded at around $17 billion during July-March period of the FY2018, showing an increase of 13.14 percent over a year ago, according to the Pakistan Bureau of Statistics. Trade deficit was recorded at $27.4 billion during nine months of FY2018.

The ministry of commerce believes that trade deficit would be controlled due to the government’s initiatives. “The initiatives by the government to provide Duty drawback as well as the exchange range adjustments have contributed positively to the exports growth. Improved market access especially in the European market owing to the successful review of GSP Plus facility also played an important role,” the ministry of commerce said. It further said that highest year-on-year growth in a month was reached in March 2018, when the exports for the month reached USD 2,230 million, higher by 24% when compared with March 2017 and 17 percent when compared with February 2018. On the other hand, imports growth remained subdued at only 5 percent as compared to March 2017, which has also been one of the lowest growths in imports in the past many months.

Imports on the other hand are now finding their real value by improved exchange rate regime and regulatory duties on non-essential and luxury goods. However, imports remained under pressure due to continuation of oil prices on higher side. The increase in fuels imports (oil, coal and LNG) both in the terms of price as well as quantities keep the balance of trade around USD 3b for the month of March 2018, which is however 5.7% lower than March 2017 due to robust exports growth.

The Annual Planning Coordination Committee (APCC) had estimated exports to go up to $27.3 billion in next fiscal year 2018-19 as compared to $24.5 billion of the current year. Meanwhile, imports are targeted at $56.5 billion this fiscal year. This would result in trade deficit of $29.2 billion compared to the government’s estimates of $28.6 billion during current fiscal year.