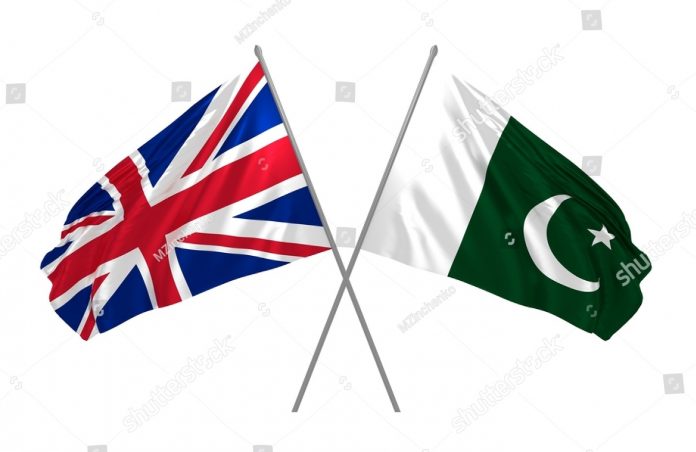 They were joined by the Prime Minister’s Trade Envoy to Pakistan Rehman Chishti MP.

It follows Minister Hands’ visit to Pakistan in September last year where the UK and Pakistan confirmed their ambition to increase bilateral trade and the UK confirmed its intention to maintain the preferential access Pakistan receives to the UK  to support Pakistani economic growth after the UK leaves the EU.

Anglo-Dutch oil giant Shell is planning on setting up around one-hundred new fuel stations along the China-Pakistan Economic Corridor (CPEC) route at selective locations representing up to £13 million of investment by 2020.

Meanwhile, Global consumer brand Unilever will also invest £86 million in new manufacturing capacity at its four factories in Pakistan, acknowledging the country’s high potential for long-term, sustainable growth, and highlighting the increasing uptake of consumer goods products across the country.

Trade Minister Greg Hands said: “As the Prime Minister has made clear, the Commonwealth has a unique opportunity to boost its trade links and drive prosperity and growth among its members. Pakistan is a prime example of this, with its growing trade with the UK and investment powering economic growth. Unilever and Shell are showing what UK companies can achieve in Pakistan’s growing market of 200 million customers, and the UK Government is ready to help.” The UK is Pakistan’s biggest trade partner in the EU, with bilateral trade increasing 8% between 2015 and 2016 and 2% of all Britons tracing their roots back to Pakistan.

Greg Hands also reiterated the UK’s ambition to continue its preferential trade terms with Pakistan, supporting economic development, after it leaves the EU, continuing the terms of the GSP+ scheme which offers low tariff access to the EU in exchange for progress on human rights, labour rights, environmental protection and tackling corruption. This announcement comes as Pakistan joined 52 nations in London for the Commonwealth Heads of Government Meeting (CHOGM).  Meanwhile, British Minister of State for Trade Policy Greg Hands has assured to work with Pakistan to promote it as a safe destination for British investment and assured that post-Brexit, Pakistan will get more generous market access in the United Kingdom as compared to the access which it currently enjoyed under GSP Plus regime.

Assurance to this effect was given in a meeting between Commerce Minister Mohammed Pervaiz Malik with British Minister of State for Trade Policy during Commonwealth Business Forum.

According to press release issued here Thursday by Ministry of Commerce, Pervaiz Malik is visiting London from April 15 to 19 in order to represent Pakistan in the “Commonwealth Business Forum” which is an integral part of Commonwealth Heads of Government Meeting (CHOGM) 2018.

During the meeting, commerce minister thanked British government for their support in securing GSP Plus status with EU and asked for a closer trade relation post-Brexit. He was accompanied by Pakistan’s High Commissioner Syed Ibne Abbas.

The commerce minister also invited him to visit Pakistan which Greg Hands agreed in principle.

Apart from this meeting, the minister attended “Asia Leaders Roundtable Conference” and Fashion and Textile Event under Commonwealth Business Forum where he effectively projected the success which Pakistan is making on the economic front.

The minister also highlighted the mega change which the realization of China Pakistan Economic Corridor (CPEC) project was bringing about in the infrastructure and energy landscape of the country.

Commerce minister also met Prince Andrew, Duke of York at St. James Palace during Commonwealth forum. On this occasion, both the leaders acknowledged close relations between the two countries and agreed to cement them further.

It is important to note that Commonwealth countries represent about one-third of the global population having a combined GDP of $10 trillion which offers immense opportunities in trade and investment, which Pakistan was keen to exploit for boosting its exports and creating employment opportunities.