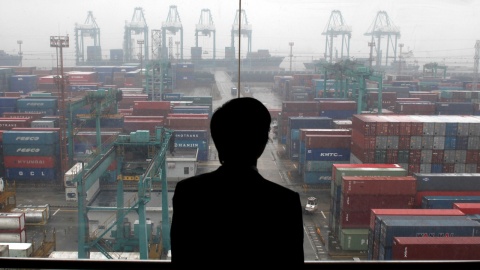 ISLAMABAD  – The incumbent government has decided not to announce the new five years trade policy and leave the matter for the next government.

The Strategic Trade Policy 2016-18 would expire on June 30 this year. The incumbent government had held various meetings with stakeholders to take their input on the new trade policy.

Earlier, the Strategic Trade Policy Framework (STPF) for 2018-2023 was expected to be presented before the federal cabinet in May 2018 just ahead of the next general elections. However, the government has now decided not to announce the next trade policy.

“It will be inappropriate with the new government if incumbent government announces five years trade policy,” said Muhammad Ashraf spokesperson for Ministry Of Commerce while talking to The Nation on Friday.

He further said that incumbent government could announce the policy before June this year, as it had already completed the homework. “We will present the draft of the new trade policy to the next government and it depends on them to approve the policy and amend it,” he added.

Ashraf said that government has not fixed the exports target in the proposed new trade policy.

Pakistan is all set to miss its over-ambitious export target of $35 billion by June 2018, which was set in the three-year Strategic Trade Policy Framework 2016-18.

Pakistan’s exports would touch $24 billion during ongoing fiscal year as against $20 billion of the previous year.

Exports are increasing due to the initiatives by the government to provide duty drawback as well as the exchange range adjustments have contributed positively to the growth.

Improved market access especially in the European market owing to the successful review of GSP Plus facility also played an important role.

Similarly, the government had recently allowed rupee depreciation against the US dollar, which helped in enhancing exports.

“The government will miss the export target during current fiscal year mainly due to delay in implementation of most of the policy initiatives,” said another official of the ministry.

Major causes of the policy failure are lack of diversification of exports, little innovation and value addition in export goods, insignificant research to know latest consumer needs and failure to find new markets.

It is worth mentioning here that Ministry of Commerce a couple of months ago had arranged consultative meeting with relevant stakeholders, including representatives from chamber and commerce in order to get their inputs for promoting foreign trade in years to come.

But, with 20 percent annual growth, Pakistan’s exports could touch $61.03 billion over the next five years.