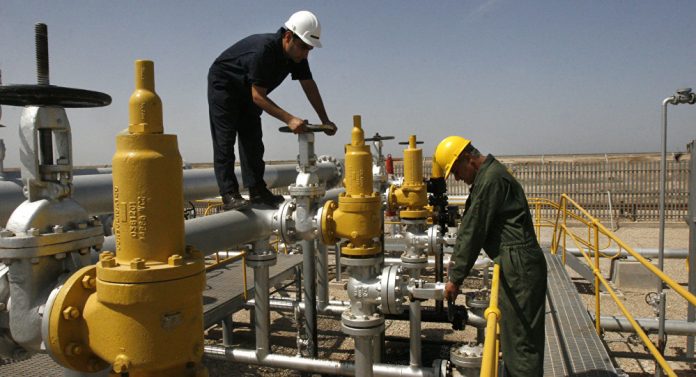 ISLAMABAD: The independent consultants have finally suggested allowing up to 7.1 per cent unaccounted-for gas (UFG losses) allowance to gas utilities in the consumer tariff for the next five years with tight targets for their gradual decline.

The consultants KPMG Taseer Hadi and Company, appointed by the Oil and Gas Regulatory Authority (Ogra) have conceded that even the Spc UFG benchmark recoverable from consumers was the highest in comparable gas marl(ets.

As if that was not sufficient, the consultants said the two gas utilities Sui Northern Gas Pipelines (SNGP) and Sui Southern Gas Company (SSGC) should be given an additional UFG allowance of 2.6pc for local conditions like theft, leakages, measurement errors,expansion of network on political grounds and law and order problems.

The report, exclusively obtained by Dawn, indicates the charges proposed to be imposed on gas consumers on account of system losses at 7.1pc were significantly higher than 4.5pc currently being allowed by Ogra besides the 2pc allowance for law and order, theft, minimum metering etc.

The two gas utilities as well as the government and Prime Minister Shahid Khagan Abbasi have been openly criticising Ogra for not incorporating higher system losses in the tariff.

The consultants expressed concerns that actual UFG had been swelling drastically over the past 10 years, reaching close to one billion cubic feet per day (bcfd), including more than 400 million cubic feet per day (mmcfd) in the SSGC system and about 550mmcfd in the SNGP system. This is almost double the current LNG imports at more than double the price and that too at the costofforeignexchange.

Italsoputonrecord thatOgraandthe two gas companies agreed to an incentive package in 2003-04 to reduce UFG to 6pc, but actual losses continued to go up. On top of that, the two utilities did not have adequate measurement mechanism to properly quantify UFG contributing factors.

The consultant also deplored that the two gas companies `are unable to determine the actual difference between the volume received and despatched for a particular network segment` and their claims about UFG contributing factors were `based on assumptions and estimates`.

`Finding comparable countries remained a challenge. However, based on the nearest matches, maximum allowance provided by regulators is 5pc and we suggest the same to be applied by the authority taking a moderate approach,` said the final report to be released by Ogra in a few days.

It said it was recommending 2.6pc additional UFG allowance for peculiar conditions on the basis of past five years` average allowance for local operation conditions allowed by the regulator.

It provided a comparison of 11 nearest matching markets.

The report said the 5pc UFG benchmark was the highest in markets like Bangladesh, Russia and Texas, United States. Otherwise, UFG benchmarks were as low as 0.5pc in Australia and 1pc in the United Kingdom. Loss benchmarl(s in Canada, Germany, Ukraine and New Zealand ranged between 2.16pc to 2.65pc while Turkey allowed 4.2pc losses and Croatia permitted 3.3pc in the consumer tariff.

The study said the current UFG losses of SSGC stood at 13pc while that of SNGP were 15pc. This is in contrast to losses being reported by the two gas utili-ties at around 9-10pc.

Under the directives of the Economic Coordination Committee (ECC) of the cabinet, Ogra had allowed various losses in the tariff relating to law and order, minimum billing and theft. The ECC had called for these losses until an independent study was completed.

The study deplored that gas distribution companies in other countries had a measured and managed approach to gauge UFG with robust distribution networks.

The study recommended the introduction of cylinders to supply natural gas, 100pc metering on the area basis and network segmentation to control losses.