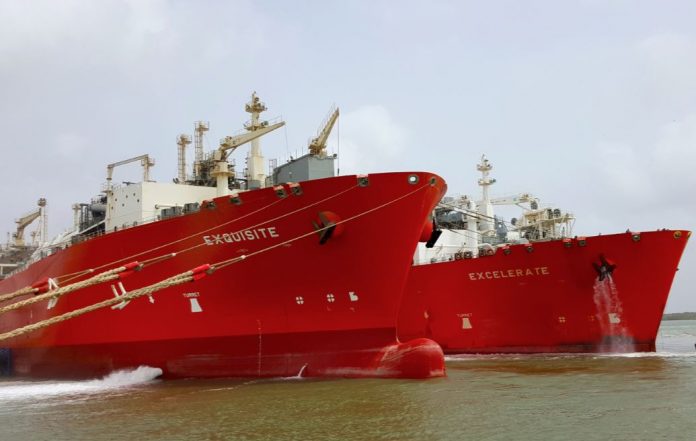 KARACHI: Pakistan’s two leading groups have joined hands to set up a LNG terminal at Port Qasim which is expected to commence operations by early 2019, officials announced on Tuesday.

Younus Brothers Group Pakistan and Sapphire Group have decided to develop ENERGAS LNG Terminal designed to berth a FSRU of 173,340 m3 along with an LNG carrier of 266,000 m3. Tolling capacity of the terminal will be a maximum of 800 MMCFD with a 30-inch pipeline connection to the main grid.

Pending the necessary government approvals, contracts will be awarded in due course. The expected completion date for the project is Q12019. The investment decision in the LNG Terminal, gives momentum to future resource development plans of the shareholders, which include Mian Karim, sponsors of the 225MW Halmore Power Generation Company.

“ENERGAS’s business model is similar to that followed by Power utilities across the Far East, where Operational control of the terminal is essential. The company’s shareholders are progressive business groups with interest in Power Generation, Textile, Chemicals and Cement amongst others, said Shahid Abdullah, CEO of Sapphire Group.

“The development of the LNG Terminal, allows us to accelerate our future investment plans in the Pakistan Power sector. Our decision to invest in this project is a testament to our confidence in the Pakistan Energy market”, said Zaheer Ahmed, CEO Halmore Power on behalf of its foreign investors.

“Through ENERGAS, we have created a buyers platform to jointly secure LNG for captive use, discuss and solve our common issues and ensure we secure LNG at preferable terms. The inherent risks of securing LNG can only be mitigated through collaborations between buyers. We have been approached by other potential users of LNG and are in advanced discussions with buyers who wish to secure Gas through this platform”, Anser Ahmed Khan, CEO for ENERGAS Terminal Private Limited, said.