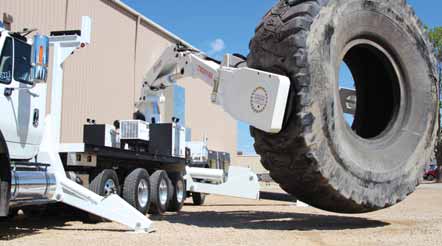 According to data from the European Tyre and Rubber Manufacturers’ Association (abbr. as ETRMA), the overall sales of replacement tires in Europe declined in Q3, 2017. Hereinto, the sales of agricultural tires were 267,000 pieces in Q3, down 25% Y-O-Y.

ETRMA showed that the sales of agricultural tires had shown a downtrend from 2016. The sales of passenger car tires and truck tires all declined in Q3. However, the sales of motorcycle tires were favorable, with an overall sales volume of 1,831,000 pieces and a 2% yearly increase.

Sales of Truck Tires to Be Favorable in China

The robust momentum of heavy truck sales will set a foundation for the usage of replacement tires. Generally speaking, the average lifetime of heavy truck tires is about nine months, while that of passenger car tires is as long as three or four years. The great sales increase of heavy trucks will push up the truck parc., boosting the tire sales in the future.

Even if the price keeps fluctuating, the sales increase of heavy trucks will be a bullish factor for the sales of truck tires. The truck tire market may be flourishing in 2018.