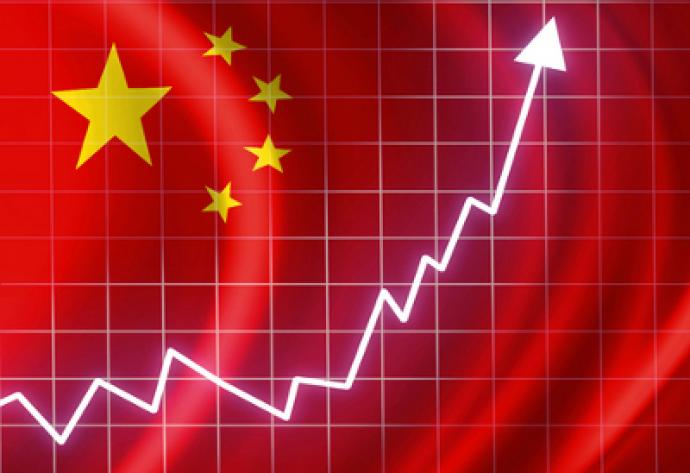 BEIJING: Profits at China’s industrial companies rose the most in four years in August as commodities prices surged, thanks to a government-backed construction boom that is helping Beijing trim high levels of corporate debt without tripping up the economy.

The upbeat earnings report is another sweetener for authorities as China focuses on stripping out financial risks from years of credit-fuelled growth and keeping the economy on a steady footing ahead of a crucial party gathering next month.

Discounting the combined Jan-Feb profit rise of 31.5 percent, the latest earnings boost would be the biggest single monthly percentage surge since August 2013. The statistics bureau does not release single-month figures for Jan-Feb due to seasonal factors.

“The figures are really positive – they show China’s efforts to cut down on overcapacity is working well,” said Iris Pang, Greater China Economist at ING bank in Hong Kong.

Crucially, Pang said that Beijing is also making headway in reducing debt risks. “When you close down overcapacity factories, you are also deleveraging to an extent.”

The robust industrial earnings growth in August was driven by higher prices, particularly in sectors such as oil, steel and electronics, He Ping of the National Bureau of Statistics said in a statement.

A year-long, government-led construction boom has fueled demand and prices for building materials, while China’s push to cut excess capacity in heavy industries and its war on pollution has also appeared to intensify a short-term supply shortage and higher prices.

For the first eight months this year, the firms notched up profits of 4.92 trillion yuan, an increase of 21.6 percent year-on-year, picking up slightly from the 21.2 percent annual growth in the January-July period.

The earnings data by sector, however, highlights the uneven nature of profit growth.

Earnings in the mining industry soared 5.9 times from a year earlier, coal mining enjoyed a 960 percent jump and manufacturing saw an 18.6 percent boost. Sectors such as electricity, gas and water production however saw their profits plunge 22.6 percent.

A private survey of thousands of Chinese firms by China Beige Book International (CBB) noted major risks are looming for 2018, with a reversal in the commodity boom being one of the top worries.

Profits at China’s state-owned industrial firms, often debt-laden, were up 46.3 percent at 1.08 trillion yuan in January-August, compared with a 44.2 percent rise in the first seven months. But earnings for all SOEs for August alone were only up 4.3 percent on-year, Reuters calculations show.