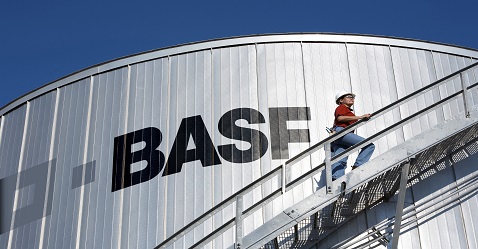 FRANKFURT AM MAIN: German chemicals giant BASF beat expectations Tuesday with a leap in profit between July and September, as strong performance at its core chemicals division powered much of the increase.

Net profit at the Ludwigshafen-based group increased by 50 percent compared with the same period in 2016, to 1.34 billion euros ($1.58 billion).

The result beat predictions from analysts surveyed by data company Factset, who had predicted a bottom line of 1.13 billion.

Operating profit excluding special items grew 16 percent, to 1.76 billion euros, on the back of revenues up 9.0 percent at 15.25 billion — slightly outdoing expectations.

The group had enjoyed “satisfying performance”, chief executive Kurt Bock told journalists during a telephone conference, while noting that “we were also confronted with challenges in the third quarter”.

BASF was forced to shutdown Texas and Puerto Rico factories belonging to its agrochemical division as hurricanes Harvey, Irma and Maria swept through the region.

Combined with lower sales and prices in Brazil and unfavourable exchange rates, the closures meant the unit was the only one in the group to report a fall in revenue over the third quarter.

By contrast, revenue in the chemicals division added 25 percent compared with July to September 2016 to reach around 4.0 billion euros, with BASF shipping higher volumes of chemical products even as prices increased.

But there were black spots in the flagship business area too, as a firefighter succumbed in September to injuries sustained in an October 2016 explosion at the massive chemical plant at BASF’s Ludwigshafen home base.

A memorial service for the fallen colleague last week “showed us all what was really important,” Bock said.

Insurance payments have largely compensated the impact of the blast, the firm added.

Meanwhile, BASF was forced to recall around 7,000 tonnes of TDI, a chemical used in the mattress industry, after recent production was found to be contaminated. “Technical production problems” at the Ludwigshafen site that caused the taint had been “eliminated”, Bock said.

The mishap will burden BASF’s financial results with costs “in the two-digit millions”, he added. While the firm suffered a further production problem at Ludwigshafen affecting biodegradable plastics, “every one of these events is of course independent of the others,” Bock said. Looking ahead to the full year, BASF maintained its forecast, saying it expects sales and operating profit to “increase considerably” over 2016’s figures.—AFP