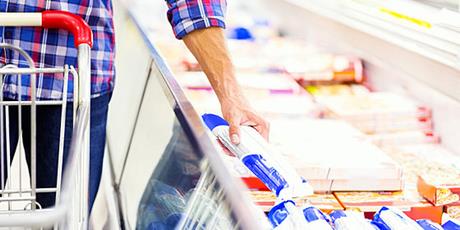 A no-deal Brexit would be disastrous for the British food and drinks industry, a report by a committee of British lawmakers warned Sunday.

The House of Commons Business, Energy and Industrial Strategy (BEIS) Committee said a free-trade agreement with the European Union (EU) is crucial for an industry employing 400,000 people in Britain, a third of them EU nationals.

The report comes as a front-page article in the Sunday Times in London claimed Prime Minister Theresa May’s team has privately admitted she may have to accept permanent membership of a European customs union.

May has insisted that Britain will leave the common tariff area so it can pursue free trade deals outside the EU. But the Sunday Times says one of May’s political team told a meeting that she and senior aides “will not be crying into our beer” if parliament forces the government’s hand.

May’s Brexit cabinet, made up of her most senior ministers, is to meet on Wednesday to discuss trade before finalising Britain’s stance ahead of a crunch EU summit on June 29.

In its report the BEIS committee says the government is almost out of time to negotiate an orderly trade system after the Brexit transition, risking a significant impact on consumers, businesses and workers in the processed food and drink sector.

In the report that examines the impact of Brexit on the processed food and drink sector, the committee said a no-deal would be disastrous for UK exports and must be avoided at all costs.

The committee found that a future move by Britain to lower or remove tariffs could have extremely damaging consequences for British farming with only the prospect of very limited benefit to consumers in terms of lower prices.

MP Rachel Reeves, who chairs the committee, said: “The processed food and drinks industry is the UK’s largest manufacturing sector, contributing 28.8 billion pounds (40.3 billion U.S. dollars) to our economy and employing hundreds of thousands of people throughout the country. British consumers are very discerning and rightly expect the highest food safety, animal welfare and environmental standards.”

“Consumers also value the variety and choice of products when they do their shopping. The success of the industry has been highly dependent on participating in the Single Market and Customs Union.”

Reeves said to ensure the continued success of Britain’s food and drinks industry, the government must seek continued regulatory, standards, and trading alignment with the EU in the processed food and drink sector.

The report said the processed food and drink industry relies on just-in-time delivery of products with short shelf lives and is heavily integrated with supply chains spread across Britain and the EU for sourcing raw materials, processing goods and selling them.

The committee’s report found that non-tariff barriers, in the form of border delays and increased bureaucracy, will have an adverse impact on UK competitiveness.

The report also highlights frictions at the border between Ireland and Northern Ireland as being of particular concern given that the food and drink sector is highly integrated across the two countries. The report calls for a credible solution to avoiding a hard border to be found as soon as possible.