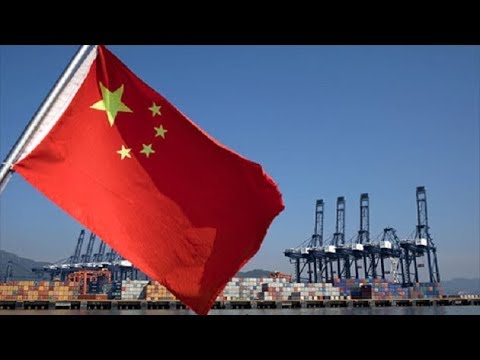 BEIJING: China’s exports and import growth eased in October in a sign the world’s second-largest economy is starting to cool after a strong first half, with momentum seen slackening further as Beijing’s crackdown on pollution hits factory output.

The trade data also showed China’s goods surplus with the United States, historically a sore spot in relations between the two nations, narrowed last month as investors awaited US President Donald Trump’s arrival in Beijing later in the day.

Trade and North Korea are expected to feature prominently in discussions between Trump and President Xi Jinping, who is driving broad economic reforms by opening up China’s capital markets, targeting corruption and reducing high levels of debt in an effort to foster sustainable growth.

“Continued solid exports to the US may add to US-China trade tensions,” Louis Kuijs, head of Asia Economics at Oxford Economics in Hong Kong, wrote after the data was released.

Imports grew 17.2 percent year-on-year in October, beating forecast of 16.0 percent growth but slightly slower than the 18.7 percent rise in September.

Taken together, analysts say, the numbers reinforced recent signs of a cooling in economic momentum as the war on smog and tighter rules to reduce China’s years-long addiction to debt drags on overall activity.

Trump’s visit and the potential for further trade tension come as China also faces a long-term challenge to rebalance its economy from a reliance on investment and exports toward domestic consumption.

Trump has railed against China’s massive trade surplus with the US, criticising Beijing for not playing by the rules.

The latest data showed shipments to the United States rose 8.3 percent on-year in October, while imports increased 4.3 percent. That resulted in $26.62 billion trade surplus with the US last month, based on Reuters calculations of official data, down from a record $28.08 billion in September.

But the surplus was still above recent trends and could keep trade tensions high, analysts say.

After Trump returns from Asia, “the US administration will remain eager to show results of some kind on the trade deficit. This could include more protectionist measures against Chinese exports,” said Kuijs, who estimates China’s surplus with the US will rise to $370 billion this year from $347 billion in 2016.

The nation’s overall trade surplus for October was $39.17 billion, according to a Reuters calculation of data from the Administration of Customs.

Expectations centred on a surplus of $39.5 billion versus September’s $28.61 billion.

China’s economy has recorded better-than-expected growth of nearly 6.9 percent through the first nine months of this year, thanks to strong government infrastructure spending, a resilient property market and unexpected strength in exports.

The data comes amid expectations of a renewed effort by policy makers to reduce debt risks and tighten rules to bring polluting factories to heel. The numbers mirror cooling growth in China’s manufacturing sector, pointing to slackening demand at home and abroad.

The data could have been impacted by a longer holiday in October this year, which resulted in fewer working days, though the overall trend is of cooling foreign trade.

“The big picture is that both outbound and inbound shipments have softened recently, a trend that continued last month,” Capital Economics China economist Julian Evans-Pritchard wrote in a note.

“We suspect that this reflects a slight easing of growth in other emerging markets along with weaker domestic demand as a result of slower infrastructure spending.”

At the recently-concluded Communist Party Congress Xi emphasised quality over speed in fostering sustainable growth, while reinforcing a pledge to win the war on pollution and clamp down on riskier types of lending.—Reuters