ISLAMABAD: The Federal Board of Revenue (FBR) and provincial revenue authorities/ boards would form a joint committee to explore the possibility of a single portal/single sales tax return for taxpayers registered with the FBR as well as provinces to avoid filing of multiple returns by taxpayers.

Sources told Business Recorder here on Wednesday that issue of single return was discussed during the last meeting of Advisory Meeting to discuss various sales tax related issues with the provincial Revenue Authorities/Board held at the FBR. The meeting was presided over by Khawaja Tanveer Ahmad, Member (IR Operations), Federal Board of Revenue (FBR).

During the last meeting, the possibility of a single portal/single return was discussed in order to facilitate taxpayers as well as to ensure transparency in input tax adjustment.

It was highlighted that the taxpayers have to get registered in multiple jurisdictions, and have to file multiple returns. There is possibility of claim of same input tax from multiple jurisdictions because of lack of check of on such adjustments. Single portal shall ensure that taxpayers are facilitated by allowing uploading data on a single portal. The portal shall also ensure quick reconciliation of cross-adjustment of input tax. Committee can be formed to discuss the idea, consult stakeholders and furnish its proposals.

It was decided that a joint committee be formed to discuss the issue and furnish its proposals.

Jurisdiction over restaurants: The Chief (Automation &AM), FBR briefed that the dispute regarding treatment of restaurants as food suppliers or service providers was referred to the Law and Justice Division, which vide its O.M dated 27.07.2012 agreed that supply of restaurants constitutes both goods and services, It asked FBR and SRB to join hands with or without National Finance Commission (NFC), in order to ascertain the ratio of goods and services for various classes of hotels, restaurants and caterers or fix a single ratio for all classes. Accordingly, the provincial authorities were requested to agree to such proportional arrangement for payment of sales tax to both FBR and provincial authorities.

No decision was taken on the issue in view of non-agreement over the issue.

Sales tax on toll manufacturing: It was stated on behalf of FBR that Sales Tax Act, 1990, treats toll manufacturers as being engaged in supply of goods and is an essential link in supply chain of goods, and thus the same fall in purview of S. No. 49 of Part I of the Federal Legislative List in the Fourth Schedule to the Constitution.

However, some provincial authorities are issuing notices to toll manufacturers for payment of sales tax to them treating the same as services. Chairperson, PRA, stated that this matter is also pending in the Court and PRA shall pursue the matter in the Court.

No decision was taken on the issue in view of non-agreement over the issue.

Sharing of data for input tax verification and development of strive like module with provinces: It was highlighted that FBR is allowing input tax adjustment on provincial services without prior verification through STRIVe. PRA and KPRA have already expressed willingness for sharing of data and joining STRIVe. No such consent/agreement has been received from SRB and BRA. SRB stated that they have requested for dummy IDs of FBR’s system so as to test the STRIVe features and working. BRA also requested for the same.

The PRA showed reservations upon non-operation of STRVe software and stated that the system has been blocked by PRAL. The CEO, PRAL, stated that issue arose because of unavailability of hardware resources and that the issue will be resolved.

The Member (IR-Operations) directed that the both SRB and BRA should be provided the requisite test IDs. He also asked CEO, PRAL, to ensure restoration of system as requested by PRA.

Progress on reconciliation of cross input tax adjustment and early finalization thereof: It was stated on behalf of FBR that reconciliation of cross-adjustment with PRA for one year was almost complete, however, the pace of reconciliation with one provincial revenue board was slow. FBR Member (IR-Operations) highlighted that the matter was also discussed in the meeting of IPCC meeting, wherein, it was desired that reconciliation should be completed on priority. The Advisor (Tax Policy), SRB stated that problem of slow reconciliation is due to access to data. He stated that SRB is willing to welcome FBR’s reconciliation team at any time. The reconciliation with KPRA has also been recently started and data of domestic input/output for the period 2016-17 have been shared with the KPRA. The KPRA also requested for sharing of import data for the same period. The Member (IR Operations) has desired that the data may be provided to the KPRA within two days.

Member (IR Operations) desired that the issue of reconciliation should be speeded up. He also stated that FBR’s team be sent to SRB at the earliest.

Signing of MoU with Balochistan: It was stated that FBR has signed MoUs with three provincial authorities, ie, PRA, KPRA and SRB for reconciliation of cross-adjustments of input tax and payment of net amount by the beneficiary agency to the other. However, the BRA still has not entered into any agreement with the FBR on this issue.

Discussion of progress on forensic audits of telcos and banks: FBR stated that the issue of joint forensic audit of telecom companies for sales tax was discussed in the previous meeting with the provinces. ToRs were framed by a joint committee and approved. Respective laws were also amended to provide for such audits. Matter was pending for finalization of financial arrangements by donor agencies but no such financing could be obtained. FBR can proceed with such audits if provinces agree with sharing the burden in the ratio of tax generated from this sector. Chairperson, PRA agreed to the proposal. He desired that data of telcos available with FBR should be shared with them.

FBR Member Taxpayer Audit (TPA) highlighted that term ‘forensic’ needs to be avoided as forensic audits are generally conducted when there is some cue about wrong-doing in routine audit or otherwise.

FBR Member (IR-Operations) desired that Pakistan Revenue Automation Limited (PRAL) may provide the requested data to PRA if possible. He also decided that a Joint Committee will be formed to discuss the idea and suggest way forward. He nominated Mehmood Aslam, Director General (WHT) and Najib Qadir, Chief (TPA) to represent FBR on the team. The team should submit its report in fifteen days.

Refunds/adjustment of amounts due to one authority but erroneously deposited with another: The Chairman, BRA, highlighted that there were several registered persons of BRA who had mistakenly deposited sales tax with FBR. He stated that asking such persons to apply for refund to the concerned FBR field formation was not appropriate course as refund payment is time consuming process. He was of the view that the amount should be transferred from FBR’s head of account to the concerned provincial authority’s account and vice versa.

FBR Member (IR-Operations) highlighted that in the case of an international airline, the registered person deposited an amount of Rs.619 million with PRA which was actually due to the FBR. 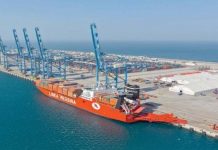