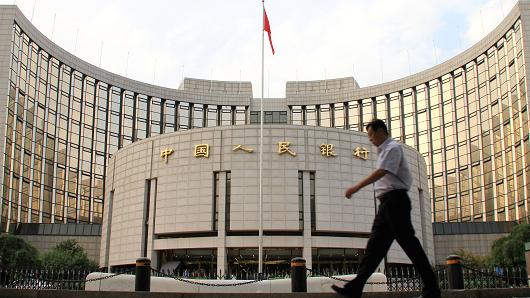 The regulations, jointly issued by the People`s Bank of China and China`s banking, securities and insurance regulators, come as Beijing launches a series of coordinated initiatives across government agencies designed to reduce leverage in the financial system.

Under the new rules, published on the central bank`s website, institutions must sign written deals when conducting bond repurchase or bond forward transactions. Any deals designed to dodge regulatory requirements are to be banned.

A version of the rules seen by Reuters earlier on Thursday and confirmed to be authentic by three sources was dated Dec 29.

The document posted on the PBOC`s website did not include a specific date but carried the year 2017.

China is escalating a campaign to reduce excessive leverage in the banking system that threatens financial stability.

`Banks must change their mentality, both in their growth models, and in how they allocate their assets,` Zhang said, adding he expects bond yields to remain elevated this year.

Yields of China`s benchmark 10-year government bonds climbed steadily in 2017, and on Thursday hovered around the highest level in three years, at 3.937 per cent.

By publishing the rules, regulators are seeking to avoid a repeat of the $2.4 billion bond scandal involving Chinese brokerage Sealand Securities in late 2016, which triggered panic across the country`s financial markets.

Although Sealand Securities blamed `forged` bond agreements, analysts largely pointed to a popular practice called `daichi`, which is Chinese for `pledged financing` and works in a similar manner to repo agreements, although such transactions are made through informal, oral agreements.

The new rules would effectively terminate the practice, which traders have used to keep increased leverage off the regulatoryradar.

They would also restrict leverage by setting a cap on repo or reserve transactions, tools which help some institutions channel short-term borrowings into longer-term assets for profit.