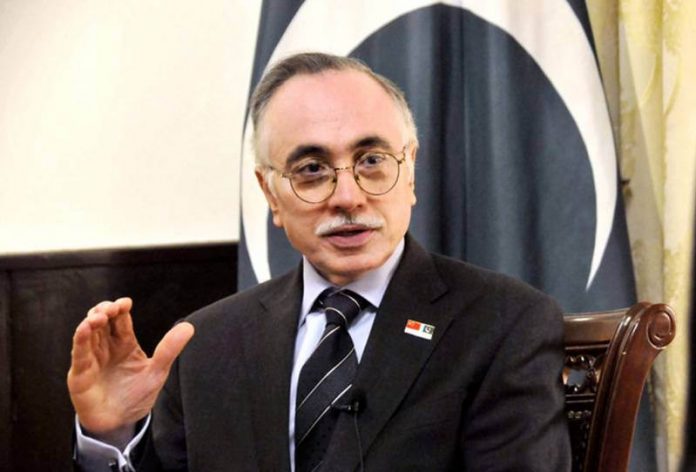 BEIJING –  Pakistan’s Ambassador to China Masood Khalid Saturday said the industrial cooperation was an important component of the China-Pakistan Economic Corridor (CPEC) and now the two countries were jointly working for establishment of special industrial zones in Pakistan.

The seminar, organized by Pakistani Center for Studies at Peking University, was attended by diplomats, intellectuals and academicians from the two countries.

Ambassador Khalid said China and Pakistan were strategic partners and all weather friends and added that both the countries had historical and deep-rooted relations based on mutual trust.

He said the relations between the two countries had been strengthening with the passage of time and now the Pak-China friendship was an example for other countries of the region.

“The CPEC is a flagship project under the Belt and Road Initiative and reflective of the vision of top leadership of the two countries,” he added.

Ambassador Khalid said the CPEC project witnessed progress since its beginning in 2013 as a number of electricity generation projects had been completed to overcome electricity shortage in the country.

Pakistan, he said, was determined for the successful completion of CPEC projects and the government had made comprehensive arrangements for the security of Chinese citizens working on the projects under CPEC.

He said the CPEC would not only promote peace and stability but also bring economic prosperity in the region.

Ambassador Khalid expressed the confidence that the CPEC would play an important role for the economic development of both China and Pakistan and benefit their people.

Director CPEC Project in the Ministry of Planning, Development and Reforms, Hassan Dawood Butt informed the participants that there was a consensus between Pakistan and China to enhance industrial cooperation at a fast pace. In that regards, the Chinese experts were working with the Pakistani institutions, he added.

Head of S DPI, Abid Qayyum Sulehri said the country’s economy would register a higher growth with the establishment of special economic zones in the country, alleviate poverty and create employment opportunities for local people.

Other speakers expressed satisfaction over the pace of work on the projects being completed under CPEC and said it was an example for other countries of the Belt and Road Initiative.