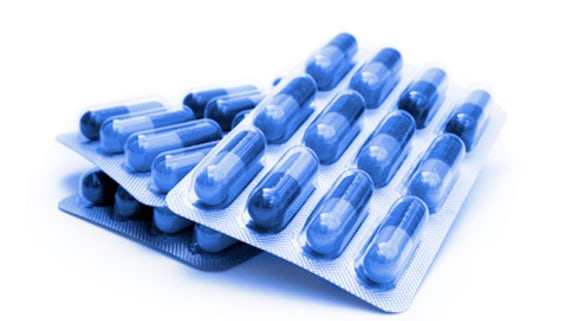 A new method to test the likelihood of a drug turning into a potentially harmful version of itself when it enters the body has been developed by researchers at Cardiff University.

In collaboration with Liverpool John Moores University and AstraZeneca, the team have developed a simple approach to trawl through large databases of pharmaceutical drugs and assess the likely risk of a drug undergoing racremisation – a process in which a drug flips into a mirror image of itself and becomes either inert or potentially dangerous.

It is the first time that a quantitative risk assessment tool for this process has been developed.

Publishing their new findings in the journal Angewandte Chemie, the team believe the new method could potentially lead to a significant reduction in the financial risk associated with drug development by identifying at-risk drug candidates early on in the production process, eventually leading to the efficient development of safe medication.

Drug compounds often exist in either a right- or left-handed form, with both forms having an identical chemical composition but a structure that is a non-superimposable mirror image of one another. These compounds, known as enantiomers, are much like our right and left hands – they have the same structure that completely mirrors one another, but it is impossible to perfectly fit one on top of the other with both palms facing up.

Drugs can contain both right- and left-hand versions of a compound, but often only one of a drug’s enantiomers is responsible for the desired physiologic effects, while the other enantiomer is less active, inactive, or can sometimes produce adverse effects.

The most famous example of this is the sedative drug thalidomide, which was discovered by the German company Chemie Grunenthal and sold in a number of countries across the world from 1957 until 1961. It was withdrawn from the market when it was found to cause of birth defects. One enantiomer caused the desirable sedative effects, while the other, unavoidably present, enantiomer caused the birth defects.

Since the thalidomide crisis, drug developers have strived to create drugs containing only one enantiomer.

However, it’s possible that a single enantiomer can rapidly flip to the mirror image of itself when it enters the body, through a process known as racemization. This transformation is thought to be caused by the drug’s interaction with basic compounds in the water in the body.

In their study, the team set up experiments in which they simulated the chemical conditions of the human body and introduced a number of drugs to the system, monitoring the rate at which the different drugs underwent racemisation. Using these results, they were able to generate a simple mathematical model that could quickly predict the rate of racemization in any drug compound, subsequently indicating how safe and productive that drug would be if administered.

Lead author of the study Dr Niek Buurma, from Cardiff University’s School of Chemistry, said: “Following the thalidomide disaster, researchers worldwide have focused on making compounds enantioselectively – that is containing just one enantiomer.

“However, while compounds are routinely tested to ensure they are inherently stable under physiological conditions, not much thought has been given as to how to prevent configurational instability at the design stage, using suitable predictive models.”