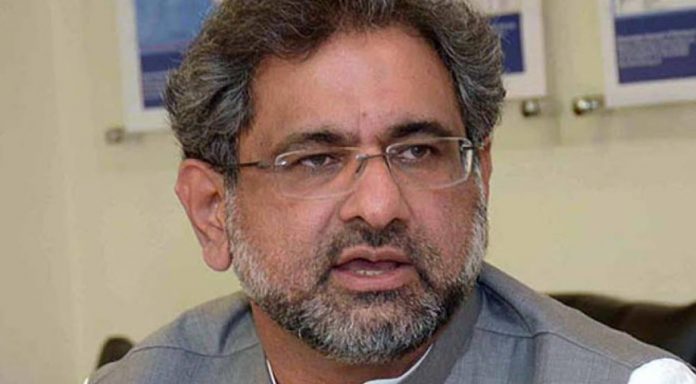 PESHAWAR – The newly elected president of Federation of Pakistan Chambers of Commerce and Industry (FPCCI), Ghazanfar Bilour has reiterated his commitment to resolve the issues of business community on priority basis and claimed that Prime Minister Shahid Khaqan Abassi will soon announce a fresh fiscal relief package for business community of Khyber Pakhtunkhwa.

He stated this while speaking at reception hosted by Sarhad Chamber of Commerce and Industry (SCCI) in his honour here on Saturday. United Business Group (UBG) senior leader Senator Ilyas Bilour, SCCI president Zahidullah Shinwari, members of executive committee, president of various chambers were present during the function.

The FPCCI chief said that the refunds issue of the business community would be resolved soon. He also said that the federal government has been suggested to increase value of local currency against the dollar. He said the better coordination would be ensured with all chambers, including SCCI. He said that formulation of business-friendly policies in consultation with business community one of his top priorities.

“I will leave no stone unturned in resolving the problems being confronted by small and big traders of Khyber Pakhtunkhwa in particular and rest parts of the country in general, because the interest of my province is dearest to me”, he claimed.

The FPCCI chief recalled the demands he made to federal finance minister wherein he requested for the release refunds of small and big traders phase-wise, as business of small traders had been affected adversely due to non-payment of refunds by the authorities concerned.

Ghazanfar also urged the minister to adopt measures for revitalization of industry as it will generate employment opportunities, and also to withdraw withholding tax, what he termed against the interest of the business community and also discouraging traders from depositing their capital in banks. He also claimed that he did request the minister to control over prices of the US dollar and POL which directly cause price hike. He informed that he will request the Prime Minister Shahid Khaqan to announce special relief package for the welfare of business community.

Zahid Ullah Shinwari, President SCCI, in his address, thanked Ilyas Bilour, UBG central leadership, members of Haripur, Swat, Dir and Bajaur Chambers of Commerce and Industry, office-bearers of traders’ associations who played a role in the election and victory of Ghazanfar Bilour as President FPCCI.