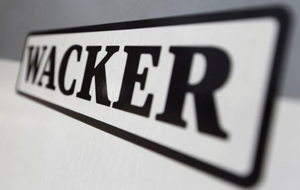 German chemical firm, Wacker, has informed that the international inspectorate TÜV SÜD has recently certified its mass balance method for tracing renewable raw materials in silicone manufacture. The company thus has a recognised procedure for tracking the use of renewable raw materials throughout the production process as far as the end product.

From this month, Wacker is also using plant-based methanol in its production processes and is now marketing silicone fluids exclusively manufactured with the help of biomethanol. Silicone fluids produced with bio-based or petrochemically based methanol are chemically identical. However, biomethanol based silicones have a significantly more favourable carbon balance, since no fossil raw materials are involved in methanol manufacture.

Silicone production requires not only methanol, but also silicon, which is derived from quartz rock or sand. Silicone fluids from biomethanol are thus produced entirely from mineral- or plant-based raw materials.

The certificates issued in mid-March certify that the mass balance method used by Wacker in silicone manufacture meets the criteria of TÜV SÜD standard CMS 71 for traceability of renewable raw materials. The certificates also include several high- and low viscosity silicone fluids for use in the cosmetics and consumer goods industries.

For Wacker, the TÜV certificate is important because, as of April, its Wacker Silicones business division will not only use petroleum-based methanol, but also biomethanol obtained from plant residue. With the aid of the mass-balance method, it can be calculated how much silicone fluid is produced from renewable and therefore non-fossil raw materials. The biomethanol used for this purpose is obtained exclusively from certified manufacturers.

By adding biomethanol-based silicone fluids to its silicone portfolio, the company is responding to the growing demand for products from renewable raw materials – a trend that is emerging in many industrial sectors. “Wacker is the first silicone manufacturer to track the use of biomethanol across all production steps, through to its end products,” emphasised Mr. Auguste Willems, member of the Wacker Executive Board.