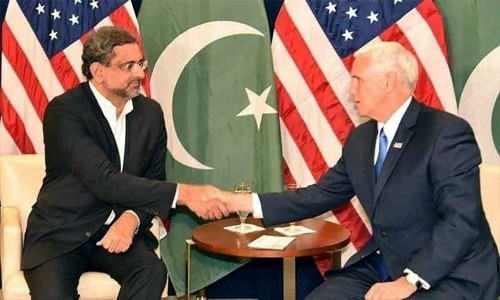 KARACHI: The Sindh government on Monday entered into a cooperation agreement with St.

Petersburg, the second-largest city in Russia, which aims to promote partnerships in trade, business, education, science and technology, respectively.

The signing ceremony was attended by senior ofhcials of theRussian Federation along with Chairman Sindh Planning and Development Board, Muhammad Waseem; Chairperson Sindh Board of Investment (SBI), Naheed Memon; and Principal Secretary to the Sindh Chief Minister, Sohail Rajput.

The implementation of MoU will facilitate exchanges between the regions in business, culture, art, tourism, and technology, bringing the two countries closer, the press release added.

Prior to the formal signing of the MoU, the Sindh government officials met with the president of StPetersburg Chamber of Commerce, and discussed cooperation in many sectors.

The Russian counterparts agreed that there was need to promote bilateral cooper ation.

On the occasion, the establishment of Pakistan Steel and other similar projects aimed at industrialisation in the country were noted to be strong pillars of relationship developed some 40 years ago.