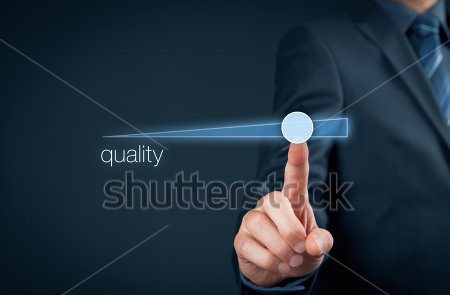 ISLAMABAD – Minister of Planning Development and Reforms and Interior Ahsan Iqbal on Friday called upon the business community to focus on improving quality of their products to make them more competitive in the world.

“Made in Pakistan products must be symbol of quality across the world,” the minister said while addressing launching ceremony of the project “Productivity, Quality, and Innovation, to put Pakistan among top 25 economies by 2025.”

He said competitiveness was not the name of devaluation of currency but it meant to add real value to the products. “Private sector needs to invest in research by creating links with the academia as in today’s world of fourth revolution; innovation is key driver of rapid development”, he added.

Ahsan Iqbal said the private sector must have to sit on the driving seat and the government and academia would be fully supporting it in this regard.

He said the government had provided platform to the business community by resolving energy crisis, overcoming law and order situation, and by providing network of roads especially under CPEC and now it was private sector’s turn to perform.

“Road connectivity is basic tool to inclusive growth, therefore despite a baseless criticism by our opponents, the government had built a network of roads which helped connecting far of flung areas to mainstream,” he added. He said in 2013, Pakistan’s motorway length was 579kms, while in 2018, the length had risen to 1010 kms while according to the government plan, by 2019, the total length will surge to 3690 kms.

The minister said to become more competitive in South Aisa, Pakistan also needs to make drastic improvement in microeconomics development, health, primary education and training. Ahsan Iqbal said Pakistan had abundance of resources but the issue was to add value to these resources and make them more competitive.

“Despite having low addition and low competitiveness, we are currently among top ten countries in the world in every category of agriculture sector, and by using modern technology and creating innovation, we can become top three countries in the sector,” he said. Political stability, he said was another factor in ensuring economic development.

“In 1960s, we had golden age of development, however we could not sustain due to 1965 war. Similarly, despite planning good economic agenda in 1990s, we again failed on economic front mainly due to political instability, he noted. Addressing on the occasion, Vice President SAARC Chamber of Commerce and Industry, Iftikhar Ali Malik urged the government to take the business community into confidence before taking any policy initiative.

Govt must pare down trade deficit

Import duty on eatable, luxury items raised by up to 50pc