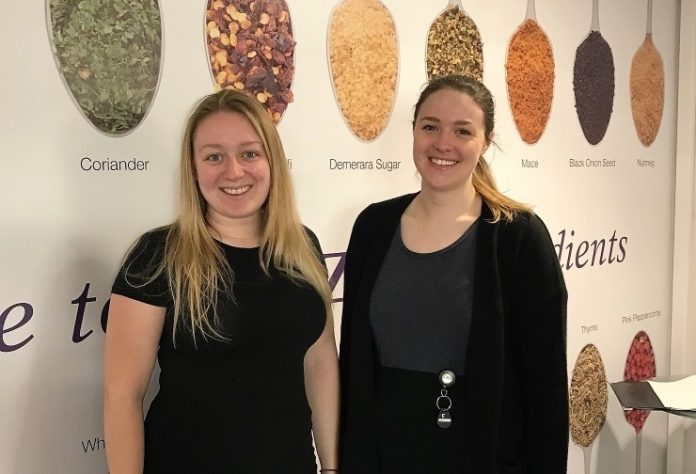 Ramsay joins from Orchard House Foods, where she had two years’ experience in process development, having previously graduated with a degree in food science and nutrition from Northumbria University.

She will work closely with the production and quality teams at Dalziel’s NPD and manufacturing centre in Gateshead, which now manufactures a broad range of bespoke ingredients.

Brimacombe has joined from Symington’s after 14 months in the food industry, having graduated with a degree in food science and nutrition from Sheffield Hallam University.

Fill gaps in the food industry

Working with the customers and Dalziel’s sales team, she will analyse product requirements and develop sample concepts and flavours to help the company fill gaps in the food industry.

This July will also see the manufacturer take on student Katie Richmond on a one-year placement from Northumbria University, where she is studying food science and nutrition. Richmond joins a number of students who have taken placements at the company since 2008.

The 1,486m2 warehousing facility at Dalziel’s Gateshead factory holds an additional 1,400 pallets, the supplier said. It also installed a fourth packing line at the site.

He joined the company from Mondelēz, where he has served as senior vice-president of finance in Europe since 2014.

US will not interfere in EU trade with Iran: Tillerson

China Economy to Grow 7pc in Second Half